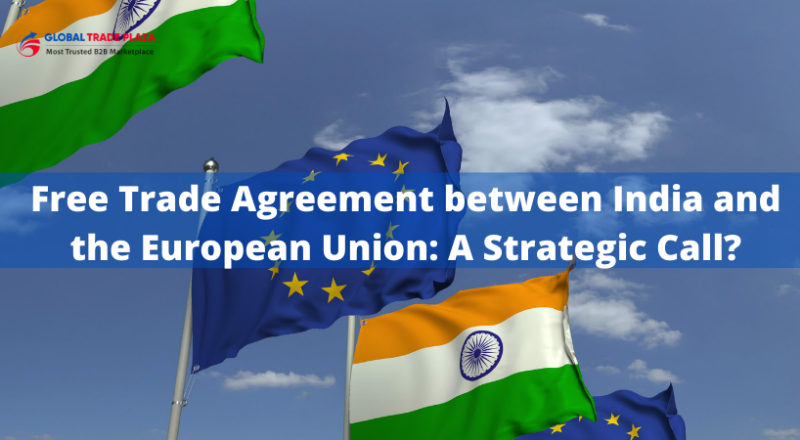 In the last two months, India’s successful free-trade agreements with the United Arab Emirates and Australia have motivated the country and the European Union to schedule three rounds of talk this year. It was planned to truly understand a basic framework under which the partners will negotiate a comprehensive deal to increase bilateral trade to over $220 billion in five years.

Valdis Dombrovskis, the European Union Executive Vice-President and Trade Commissioner has stated that the EU will very soon begin formal negotiations with India on a planned free trade agreement. On the sideline of the World Economic Forum in Geneva, he met with Commerce and Industry Minister Piyush Goyal. The breakthrough is notable since trade talks between India and the EU have been on hold since 2013 due to concerns about the free movement of Indian professionals and high Indian tariffs on European farm commodities.

According to one of the persons, the EU recently stated its plan to a delegation of Indian government officials led by commerce secretary B.V.R Subrahmanyam. "The EU has committed to begin formal negotiations with New Delhi as soon as it has conceptualised a fundamental framework for doing so." This source said, "it may take three rounds of conversations to conclude this year."

For both parties, the proposed deal is politically and economically critical. In terms of politics, the EU's free trade agreement (FTA) with India will be its first with an emerging country. It will promote the EU's goal of using FTAs to foster partner nations' integration into the global economy and strengthen the EU's role in world trade regulation. From India's perspective, it will bolster Prime Minister Narendra Modi's "Make in India" programme and his goal of making India a regional and global manufacturing hub. In economic terms, a well-crafted agreement will increase commerce and investment between the two regions. The European Union is India's largest commercial partner and investor and its primary source of technology transfer.

On matters such as taxes on cars, wines, and dairy goods imported from the EU and the liberalisation of the visa regime for Indian professionals entering the EU, European and Indian expectations differ.

India must transcend its siege mentality, commit to institutional transformation, and challenge internal vested interests if it is to succeed. It will be a long road to a deal that benefits both the EU and India, but it is not impossible to achieve, despite repeated missed deadlines.