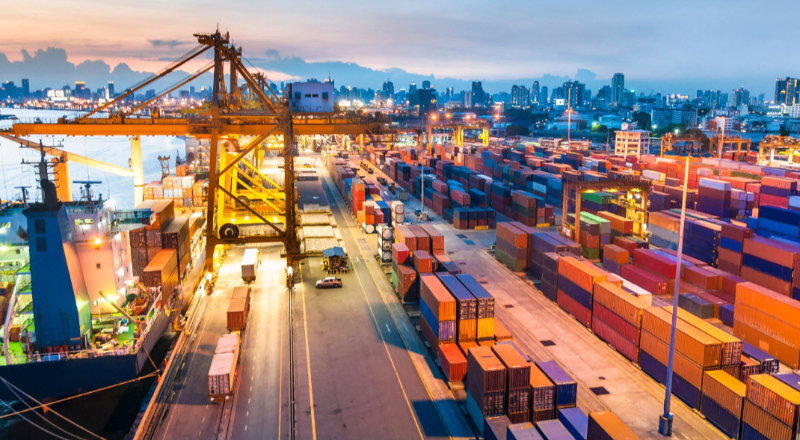 The exporter is the nation that creates and sells the product, and the goods it sends to other nations are referred to as exports. Moving items created inside a nation's borders and traded with another nation are referred to as exports. The selling of these products increases the economic growth of the nation that produces them by bringing in foreign exchange profits.

Exports are significant in foreign and diplomatic policies since they are a part of the trade. A country's comparative advantage or competitive advantage allows it to export goods and services in that sector.

Your market reach could be greatly increased, reducing your reliance on any one market. Greater economies of scale and better margins can result from increased output. As you can modify current items to fit new markets, your research and development money could work harder. It's important to keep in mind the nations that initially have the greatest stakes in international commerce as the environment surrounding trade changes.

Which country is the largest exporter in the world?

If we are talking about the world's largest exporter then China is at the top of the list.

Though, China is also the worldwide product importer after the United States.

The expansion of Chinese trade over the past few decades has been incredibly rapid. China's imports and exports of goods reached $280.9 billion in 1995 or 3% of global trade. By 2018, the number of products it traded had increased to $4.6 trillion, or 12.4% of global commerce. With 11.5 percent of global trade, the US is the second-largest dealer after Germany (7.7 percent).

According to official projections, the nation's total exports by country in 2019 were estimated to total $2.641 trillion.

China's mainland was the world's biggest exporter by value in 2021, sending items worth US$3.026 trillion abroad.

Based on the $21.513 trillion worldwide export value for 2021, China's total exports account for 14.1% of all exports globally.

By value, nearly half (46.9%) of mainland China's exports went to other Asian nations when viewed through a continental lens, while 20.79% went to North American importers. Comparable commodities worth 20.75% were exported from China to Europe.

Lesser percentages went to Africa (4.4%), Oceania (2.4%), led by Australia and New Zealand, and Latin America (4.8%), omitting Mexico but including the Caribbean.

Who are the trading partners of China?

The smallest increases over the previous year came from exports from mainland China to Japan (up 6.1%), and the United Kingdom (up 8.5%).

What is the status of China's trade with other countries?

China's trade deficits with Switzerland (up 138.7%), Saudi Arabia (up 120.9%), and Oman (up 80%) rose at the quickest rate from 2020 to 2021 among its trading partners which contribute to the country's largest negative trade balances.

The following nations experienced the greatest trade surpluses at the cost of China.

China incurred the highest trade deficits with the following countries.

China is the world's largest exporter that placed about 150 corporations on Forbes Global. Here, we listed down the major export companies of China that deserve credit to make China the largest exporter in the world.

These few companies are involved in the top export in China and contributed to the major growth.

What makes China top the list among the largest exporting countries?

In the late 1970s, Deng Xiaoping started China's economic opening to the outside world. State-owned businesses (SOEs) played a smaller role as China traveled the "capitalist road." China's economy grew by nearly 10% year on average from 1983 to 2013. During this time, China adopted an export-driven economic strategy.

Special economic zones (SEZs) in China were a significant factor in the expansion of exports and the economic boom of the nation. China provided tax benefits to international investors in SEZs like Shenzhen. The opportunity to import machinery and technology tax-free was one of these incentives.

What are the most manufactured products in the world?

Numerous powerful and huge industries in China produced goods and materials for export. China exports products such as electronics, data processing technology, apparel, other textiles, optical equipment, and medical supplies. These are the most manufactured products in the world that are shipped from China. China is also the biggest exporter of steel which makes them the largest new vehicle market in the world. These unprocessed commodities were shipped to other nations for processing.

China is the exporting powerhouse in both Asia and the entire world. In 2019, it contributed 36.8% in value to Asia exports.

In 2018, Asia's major exports were US$7,983 billion, accounting for 41.4% of all shipments around the world. With a 31.2% value share, China was the largest supplier of products to Asian nations. In comparison to the prior year, the value increased by around 0.5%, according to data on Asian commerce. In terms of size, populace, and trade, Asia is the largest continent.

China is the leading exporter in Asia, contributing 31.2% of the continent's total exports in 2018. Japan, South Korea, Hong Kong, Singapore, Taipei, India, the United Arab Emirates, Saudi Arabia, and Thailand are the countries that come after China.

China has been the world's top exporter of products since 2009. There's a good probability that you get your products from China.  The nation's rise to power has a notable history that was shaped by battles, reforms, and sacrifices. Over the past few decades, China's economy has expanded to become one of the biggest and most powerful in the world. China's GDP, measured in terms of purchasing power parity (PPP) equivalent, is currently the greatest due to industrial production and exports of manufactured goods. A big portion of China's rapid economic growth is often attributed to two key factors: significant capital investment (funded by significant domestic savings and foreign investment) and high productivity increase. China ranked first among the nations with the largest exports in the world in 2021, with a value of exports close to 3.36 trillion U.S. dollars. Between 2009 and 2014, the number of commodities shipped from China nearly doubled. For more information, contact us.