Home | Blogs | Impact of Exporting and Importing on Economy 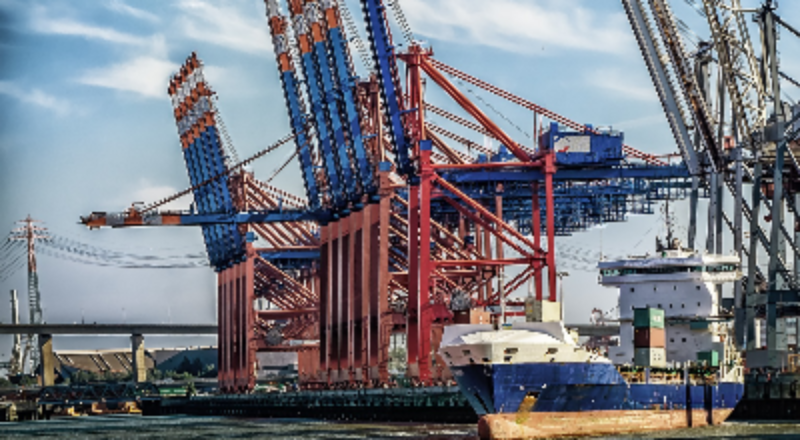 Businesses that are expanding their operations to export their products can boost economic growth and add to employment. Higher employment rates frequently result in increased consumer spending and support for businesses. A nation's GDP, exchange rate, and inflation rate can all be impacted by its import and export trade activities.

Consumers are accustomed to finding goods from all over the world at their neighborhood grocery stores and retail outlets in today's global economy.

Exports provide access to so many different new markets which is the reason why modern economies heavily rely on them.

Export and import can be used as development tools. Consequently, both policymakers and scholars have demonstrated a strong interest in investigating the international trade and economic expansion are related. There are numerous methods available to accomplish economic expansion and progress. Finding new export markets for goods is one option.

There has been a lot of discussion about export-led growth (ELG) and exports that are driven by economic growth.

In addition to boosting productivity, international trade enables nations to take part in a global economy. High amounts of imports are a sign of a rising economy and strong domestic demand.

Let’s understand the exports and imports economics in detail-

Impact of import-export on GDP-

The balance of trade is the difference between import and export values. It is characterized as a trade deficit when a country's imports are larger than its exports, and it is known as a trade surplus when exports outpace imports.

The entire market value of all finished products and services generated in an economy over a given year is known as the gross domestic product (GDP).

GDP is calculated by categorizing expenditures into the following categories: personal consumption expenditures (C), gross private investment (I), government purchases (G), and net exports (X - M), which are made up of exports (X) and imports (M).

Export and import affect the economy by influencing the GDP, its exchange rate, and its level of inflation.

Impact of import-export on businesses-

If your product is in high demand on a global market and you are an exporter, your exports will rise along with your company's revenue. But to do so, you must raise your production levels to keep up with the demand.

When imports and exports both increase, the economy is in good shape. A durable trade surplus or deficit and strong economic performance are often indicators of this.

This indicates rapid economic growth and a persistent surplus or deficit in global trade. When a nation's exports rise while its imports dramatically decline, it may indicate that the economies of other nations are performing better. Additionally, a rise in imports despite a steep decline in exports may indicate that the domestic economy is performing better than the markets overseas.

Impact of import-export on exchange rates-

Impact of import-export on inflation and interest rates-

Inflation refers to an increase in an economy's overall price level for goods and services over time. When interest rates are low, the economy's money supply rises.

If the cost of goods and services is high, the government typically raises interest rates to bring it down, which reduces the amount of money available in the economy.

Now take a look at the facts. When inflation is strong, consumer spending declines due to rising pricing for products and services. Similar to how high inflation causes imports to decline, high inflation causes domestic items to become more popular since people can no longer afford to buy foreign goods. As a result, we can likewise assert that a country's high inflation rate reduces the exports of another nation.

Let's see the Imports and export of India-

The Indian EXIM Policy, a collection of numerous government choices in foreign trade, covers both the imports and exports of goods from India as well as the strategies and practices for export promotion. Trade policy is developed and released by the central government.

The goal of India's export-import policy, commonly referred to as its foreign trade policy, is to increase export performance, foster international trade, and preserve a favorable balance of payments.

What is the status of U.S imports and exports?

According to the US import-export data, imports accounted for more than 60% of the rise in U.S. goods consumption, and imports grew more quickly (21.3%) than domestic goods consumption (17.8%) in 2021.

In terms of value, vehicles, electronic integrated circuits, refined petroleum oils, petroleum gases, and crude oil were the top 5 exports from the United States in 2021. These significant shipments together made for 18.8% of the total exports the US sold.

The foundation of any significant, flourishing business is the export and import of goods, which also contributes to the expansion and growth of national economies. There are particular resources that each nation is endowed with. Nevertheless, a nation could not have the other resources necessary to advance and strengthen its total economy. For more information, contact us.