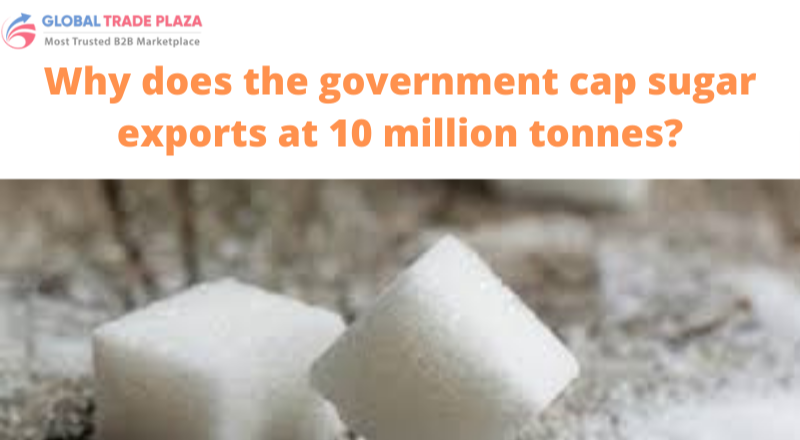 Recently, the government declared a cap on sugar exports beyond 100 million tonnes of sugar produced during the current sugar season. The government administration revealed that this was done due to a significant increase in shipments in recent times.

The government thought it is important to safeguard the interest of the consumers. The government also wants to protect the domestic industry and encourage them.

The food ministry announced that sugar mills and exporters need to take approvals in the form of Export Release Orders.

Sugar shipments have been authorized until May 31 under the revised regulation. Exports via bulk and break-bulk vessels will be allowed to process or load and export without approval or release order if a shipping bill is filed and their rotation number is as assigned by May 31.

ERO will be required for shipments between June 1 and October 30.

Sugar millers must submit daily sugar dispatches for export until May 31. By May 31, they'd have to submit aggregated numbers of sugar for export as of June 1  to the government for clearance.

The government noticed that there is mismanagement at the ports after the govt banned wheat exports. Thousands of trucks clogged the ports which made the government aware. About 82 lakh tonnes of sugar are exported from the sugar mills.

The ministry stated that the government will allow sugar exports up to 100 lakh tonnes so that the closing stock of sugar after the sugar season stays at 60-65 lakh tonnes, which is 2-3 months' inventories.