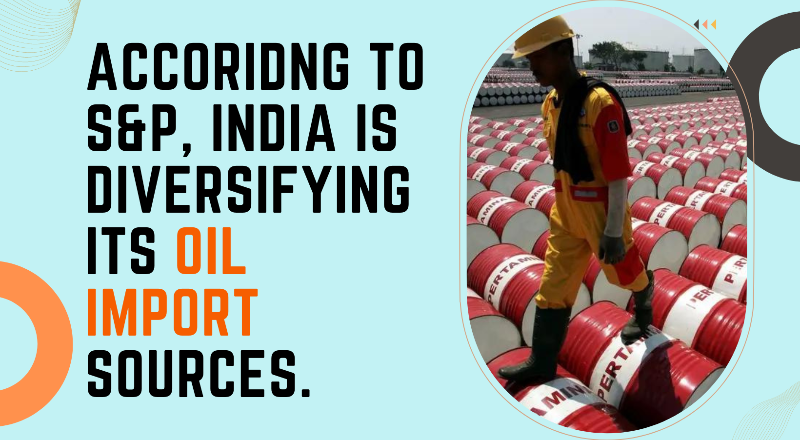 According to credit rating agency S&P, India is looking for pockets of oil prospects overseas, and its plan to invest $1.6 billion in an oil project in Brazil is part of that strategy.

According to a report by S&P, citing industry analysts, India is eager to investigate the such potential in other Latin American countries.

"The government is aiming to bring oil from outside equity holdings in the event of a supply disruption along with creating strategic petroleum reserves and diversifying its crude supply sources, " said Lim Jit Yang, Platts Analytics' Asia-Pacific oil markets advisor.

"Due to the global spare capacity at an all-time low, supply security is becoming highly important." Furthermore, India's aged oil wells are unable to maintain consistent domestic oil supply in the face of increased oil demand," he added.

The investment will be made through Bharat PetroResources Ltd., which owns 40% of the BM-SEAL-11 project, with the remaining owned by Brazil's state-owned Petrobras, which operates the block.

India, the world's third-largest oil importer, and users get 65% of their crude from the Middle East.

Despite Western sanctions on oil commerce with Russia during the Ukraine conflict, India has increased its purchases of cheap Russian oil in recent months.

The decision to strengthen energy connections with Brazil comes shortly after India stated its intention to explore prospects for long-term oil deals with Brazil.