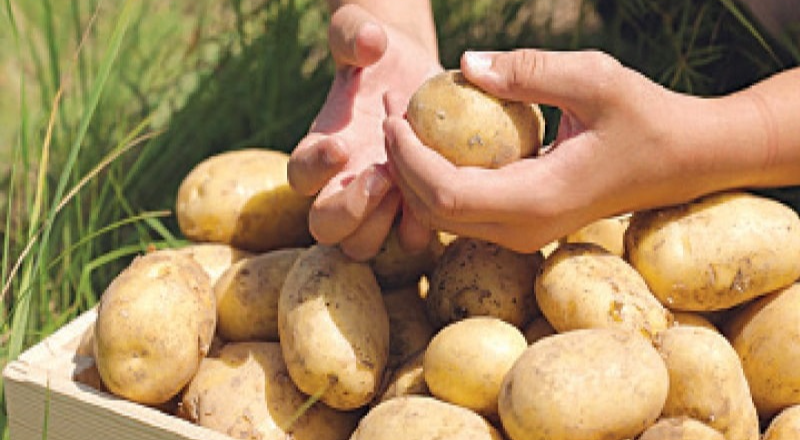 Pakistan has harvested a record potato crop because of its favorable weather throughout its life cycle and a significant increase in acreage this season. Even after the lack of an efficient seed supply system, new seed types, and farmer technical capacity, as well as insufficient seed system resources, they can manage the potato crop.

Punjab is responsible for 80% of the country's potato production.

This, combined with the relaxation of Covid-19 limitations in several countries, caused exporters and farmers to anticipate a significant boost in their sales proceeds.

Due to the war between Russia and Ukraine, there was a shutdown of the Russian Market. The opening of the Russian Market has lifted the exporter’s confidence because it is regarded as one of Pakistan's high-end markets. Among the more than 33 countries to which Pakistan sells potatoes, Iraq, Iran, and Afghanistan are all viable options.

However, the State Bank of Pakistan's (SBP) enforcement of the E-form condition for exports to Russia has destroyed all of these aspirations.

In our country, there is a lot of scope for improvement left. How could the government expect us to meet the e-form condition without a formal financial channel?"

"Before enforcing the e-form condition and barring our non-formal sales proceeds collection system, the SBP should have ensured the opening of official ties with Russian banks," an angry exporter added.

He claims that authorities previously injured his firm by renting out containers arranged for Russian and Central Asian State markets to the European Union and now this fresh 'problem' has been created for them.

He says the E-form condition had also been imposed for trade with Iran but its impact is limited since the introduction of a barter trade system at the Taftan border as a local non-formal arrangement. Since Russia and the Central Asian states don’t share borders with Pakistan, it is difficult to introduce a Taftan-like arrangement there, he added.

The payments were stalled, officials were told, because of sanctions against Russia, which were generating financial problems for the exporters.

Mr. Jutt wants a five-year policy for potato exports, recalling that a five-member group was constituted by Abdur Razzak Dawood, the former counselor to the prime minister on trade, more than a year ago, with no follow-up. He also proposes the creation of a federal Potato Development Board, similar to the Tobacco Development Board, so that potato crop stakeholders don't have to go from one agency to the next to get their issues answered, and all of their problems are addressed under one roof.